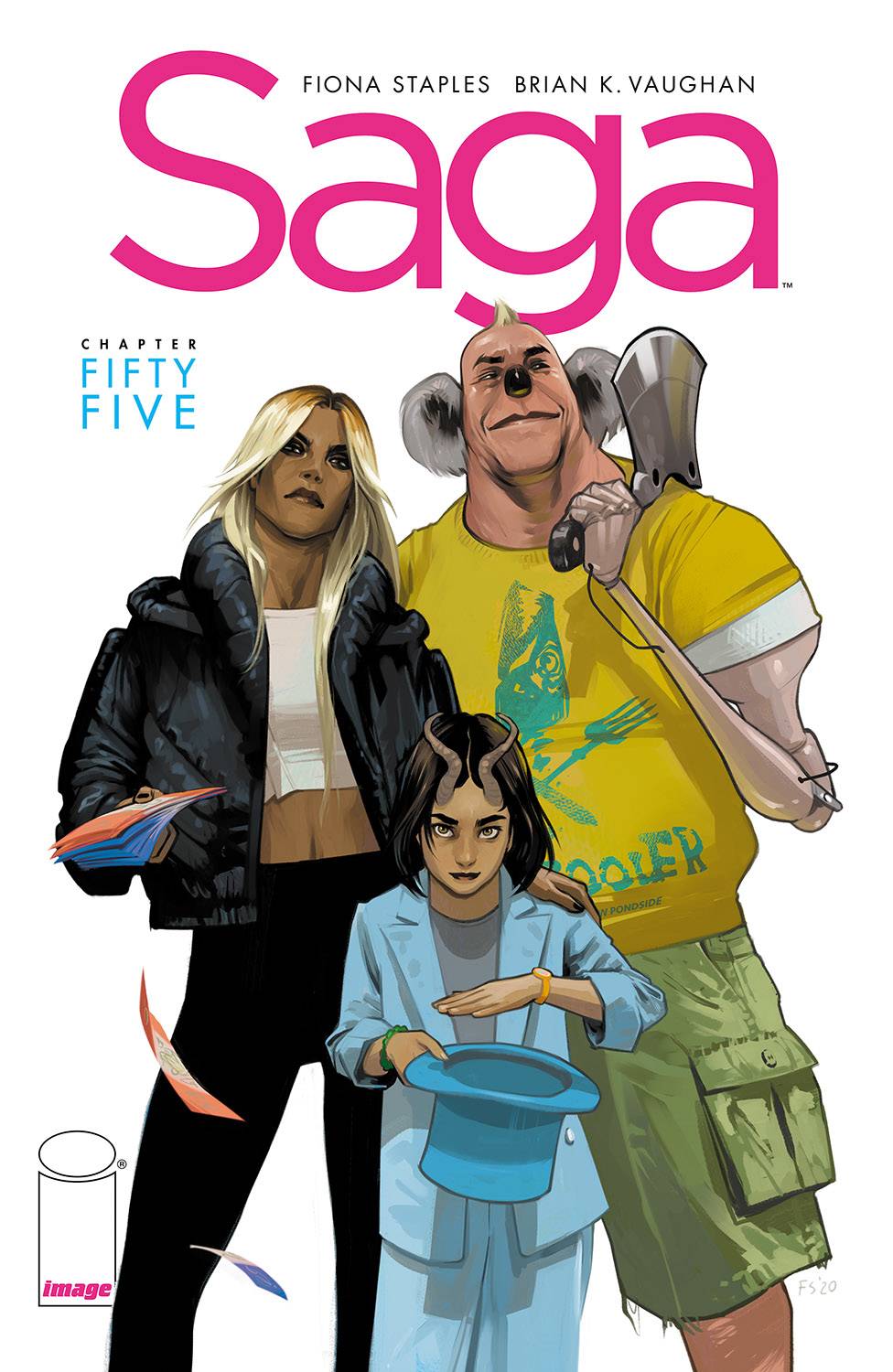 At long last, Hazel and her star-crossed family are finally back and here to kick off a NEW STORY ARC! So, where the hell have they been? As thanks for fans’ endless patience, the SAGA team is proud to return with a double-length issue-44 pages of story for the regular $2.99 price point-without variant covers or gimmicky renumbering. Just more pulse-pounding adventure, heart-wrenching character drama, and gloriously graphic sex and violence, as SAGA begins the second half the series and the most epic chapter yet!

The SAGA series has sold over 6.8 million copies to date across all formats, has been translated into 20 languages, and has garnered multiple Eisner and Harvey Awards, plus a Hugo Award, British Fantasy Award, Goodreads Choice Award, Shuster Award, Inkwell Award, Ringo Award, and more. It has been featured in such mainstream media outlets as TIME, Entertainment Weekly, The Atlantic, NPR, and beyond, and has become a pop culture phenomenon.